Ed is the Founder of Roundwood Capital, a private equity firm which works with family offices on direct investment opportunities.  Prior to founding Roundwood Capital in 2013, Ed was a Partner at Jacobson Partners, a New York-based private equity firm, from 2001 through 2012.  While at Jacobson Partners, Ed was responsible for the origination, execution, and oversight of fund investments.  Portfolio companies with which Ed was involved  were Bertucci’s Restaurants, an operator of 95 Italian casual dining restaurants throughout the northeast; FormTech Industries, one of the largest providers of hot-formed forged parts to the automotive industry; Learning Care Group, Inc., one of the largest publicly-traded operators of childcare centers throughout the U.S.; Taco Bueno Restaurants, an operator of 125 Mexican quick service restaurants in the southwest; and Tug Technologies Corporation, the leading manufacturer of ground support equipment to the airline industry.

Prior to Jacobson Partners, Ed co-founded Vercera, an online marketplace for commercial receivables.  Prior to Vercera, Ed managed the acquisition activities for AmeriGas Propane, the largest propane distributor in the U.S.  Ed currently serves on the Board of Directors for the Bryn Mawr Hospital Foundation.   He previously served on the Board of Trustees of the New Vision Charter High School for Advanced Math and Science II and the New Vision Charter High School for the Humanities II, and served as Chairman of the Board of Trustees of The Family Life Academy Charter School from 2007 through 2012. Ed is a graduate of Georgetown University and lives in Haverford, Pennsylvania with his wife and two children. 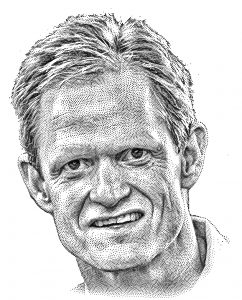